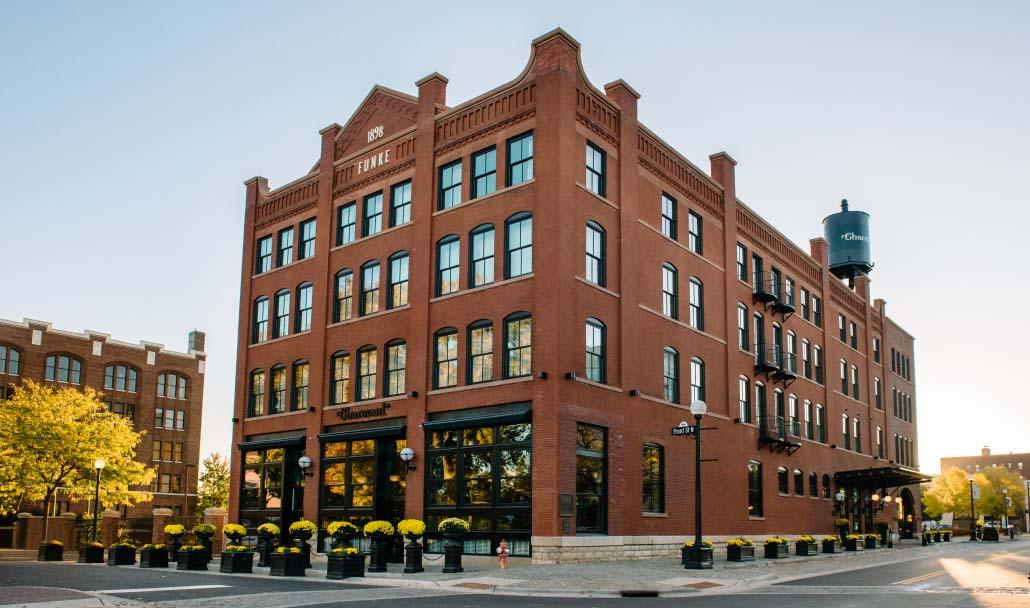 The Charmant Hotel opened its doors in the Fall of 2015 after the extensive renovation of the historically and locally significant Funke Candy Company factory. The unique, upscale boutique hotel is the first of its kind in the City of La Crosse, working to fill a void in the local hospitality market. With a combination of guest rooms and on site amenities including multiple dining options and event spaces, the Charmant Hotel has quickly become a source of pride for the local community. By sourcing from local farmers and purveyors, as well as focusing on hiring local talent, this community-centric business will play a key role in sustaining and improving the local economy.

Owner Don Weber and Impact Seven had an ongoing relationship, as Mr. Weber had successfully been awarded two OCS-CED loans from Impact Seven in the past for other community development projects in the City of La Crosse in past years. With extreme attention to detail and a respect for retaining the history of the building through its design, positioning and story, the Charmant Hotel has quickly woven itself into the fabric of the City itself.